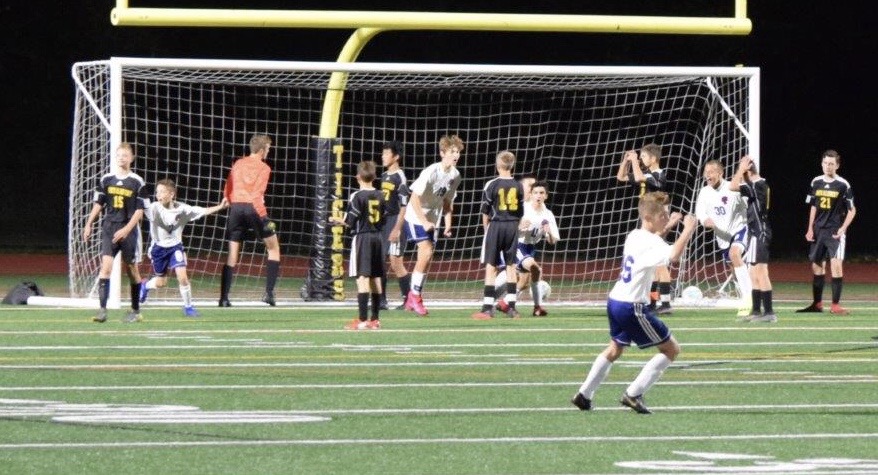 The boys middle school boys soccer team scored first in their 3-1 loss to North Allegheny. Most of the season the boys struggle with a quick start. But, Tuesday night the boys only need 45 seconds to score. Eighth grader Mark Povich serviced a low hard corner kick into the penalty area. That is when Andrew Opiela created a little commotion that resulted in a miss direction by a NA defender giving the Titans a 1-0 lead. The Tigers came back with the tying goal late in the first half when a miscue on defense allowed an attacker to come in on a break away. The first half ended 1-1 with many thanks to Garrett Grazier who came up with some tremendous saves.

The Titans had a period of 6 minutes of confusion that allowed the Tigers to pull away with a 3-1 win. The Titans did not go gentle into that good night as they pulled it together having out shot the Tigers 9-1 in the final seven minutes.