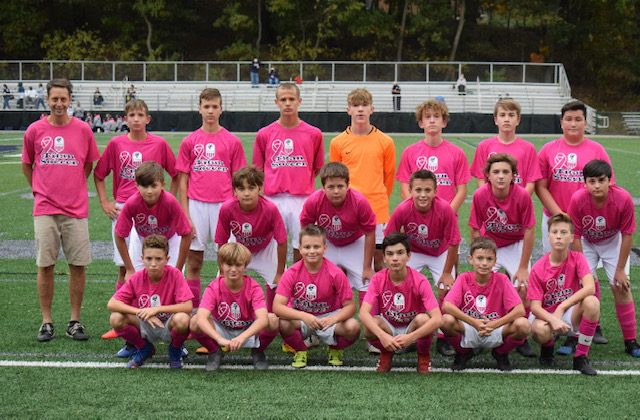 The boys middle school soccer team showed their support for breast cancer awareness by pinking out! In the process, the boys also pinked out their opponent Hampton by the score of 0-0. Goalie, AJ Ravas, took a bite out the Talbot’s scoring by stopping all 14 shots he faced. One of Hampton’s best chances came late in the match. Goalie Ravas came across in full extension denying a shot that many had their hands in the air to celebrate. Much of the credit for keeping Hampton on a leash and not scoring goes to the defenders of Grayson Petrush, Mark Povich, Michael McKenna, Gavin Kozora, Brody Schwartz, Andrew Purucker, and Justin Frantz.

The middle school boys play their final game on Friday September 25th vs Seneca Valley at Biles Field. They would like to pink out the stadium one more time!