Evan was new to the tennis team this year.  Although just starting out Evan was slated to play doubles in his first season with the Titans. The senior adapted quickly enough to see the courts in his first match. A talented student, Head Coach Duermeyer said of Evan, “Evan was new to Shaler tennis, but it was obvious early on that he would have brought depth, athleticism, and leadership to our squad. I’m thankful to have met Evan and am impressed by how well rounded he is as a student athlete.”  Evan plans on attending Waynesburg University in the fall where he will major in forensic biology. 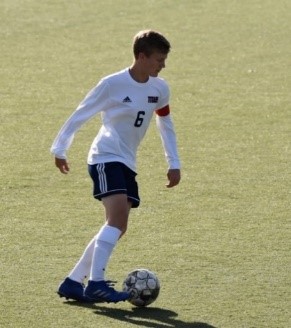