Ryan Sullivan was named to the Honorable Mention All American Team by Wrestling USA.  Sullivan, a University of Pittsburgh Recruit and 2018 PIAA State Champion, was, even having a broken his hand, named to USA All American Team as an honorable mention.  Ryan broke his hand defending his Sectional Title in 2019 and was not able to continue through the state tournament to defend his title.  He signed a National Letter of Intent earlier in 2018-19 school year to attend and wrestle at the University of Pittsburgh. 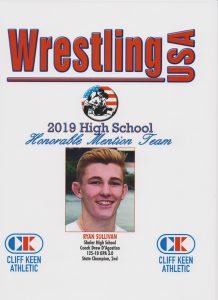 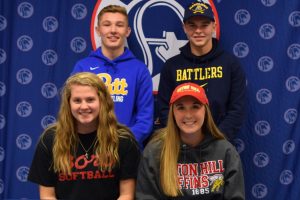 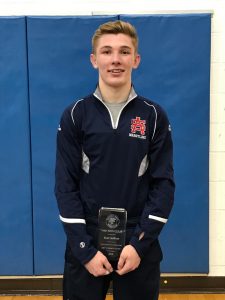